Beyond the Fire by Dewayne A. Jackson (Norton, KS)

Three books under one cover, Beyond the Fire is the 2018 e-lit Gold Medal winner for Young Adult Fiction and the 2018 e-lit Bronze Medal winner for Religious Fiction. It has been compared by industry reviewers to the iconic spiritual classics of C.S. Lewis and J.R.R. Tolkien. Jackson’s fantasy world of Amity and its people were swept into a whirlwind of turmoil. Years later during a Christmas blizzard, Bill Cotton tells his snowbound household of the nightmare he and his wife Mary endured in the early years of their marriage. One by one, Bill’s children and grandchildren are drawn into the tale until even Destry, his newest daughter-in-law, begins to comprehend the incredible hardships one might encounter as they struggle to walk faithfully with God through perilous times.

BOOK REVIEW
Jackson’s debut is a sprawling, enthralling fantasy epic with Christianity at its core.
Long ago in the land of Shingmar lived Josiah Stafford. Shingmar was overrun by idolatry, but Josiah was a believer in the one true God, the Word who was there at the beginning. Josiah’s true belief, however, ran him afoul of the king of Shingmar, who threw Josiah and his followers into prison and labor camps, where they languished until they were led over the mountains to freedom in the new nation of Amity. No sooner did they arrive than Shingmar was engulfed in a deluge, God’s judgment arriving in a wall of water. Jackson’s new fantasy is the story of Amity, a kind of semi-Christian nation beset by perils from without and within. Stafford’s religion is decidedly biblical, but the world of Amity is not our own, and its history is driven by an intriguing thought experiment: what would the Christian Word look like if it were preached in another world? Jackson says that his influence for Amity—and for the Beyond trilogy—is J.R.R. Tolkien’s Lord of the Rings. Like Tolkien’s books, this new work began as a series of short vignettes sent by Jackson to his nephew, who was serving with the military in the first Gulf War in the early 1990s. Jackson’s other obvious literary forefather is C.S. Lewis, whose own fantasy realm of Narnia is built on the foundation of Christian tales and teachings. Like both Narnia and Middle Earth, Amity is a deeply fascinating new land that begs for our exploration. And like the works of Tolkien and Lewis, Beyond seems like the tip of an iceberg. It feels as if for every tale of Amity, there are 10 that remain untold. Jackson writes with remarkable clarity and insight. His characters are convincing and compassionate, and his narrative decisions are decisive. Further, he manages a tangle of storylines deftly, never letting complexity give way to confusion. 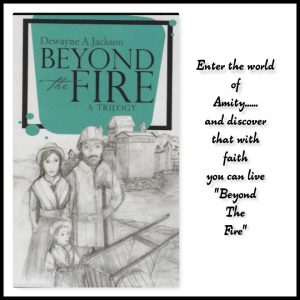 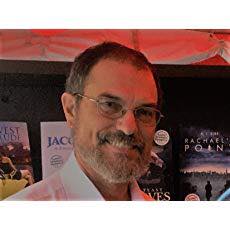