Galaxy Slime Putty is a sensational sensory toy that will keep kids and adults fascinated: they won’t want to put it down! It’s awesome for party favours or Easter baskets!

Galaxy slime putty is incredible in that it’s just weird! It’s both a liquid and a solid which seems impossible, but there’s real science behind why and the putty is fun to play with as well as strangely soothing! We aren’t kidding when we say that you won’t want to put it down!

Kids will love the slimy, oozy nature of the Galaxy putty! Squeeze it gently and it acts like slimy liquid, but slap it or throw it on the floor and it will turn into a solid! Wow! The reason it does this is because Galaxy putty is a non-Newtonian fluid. Basically it has unusual chemical bonds inside of the fluid that make it react differently to, say, water when it is under pressure.

Adults too will be captivated by the weirdness of the Galaxy putty so it makes a great stress toy to keep on your desk at work! Relieve tension by giving the putty a slap or kneading it in your hands! 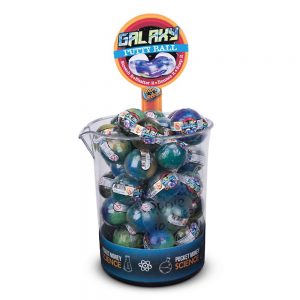 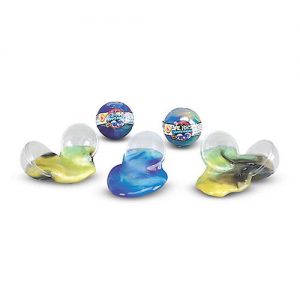