“End of Pawnee Starlight” The Battle of Massacre Canyon occurred in an indistinguishable valley in southwestern Nebraska on August 5, 1873. Fought between a Pawnee hunting expedition and a Sioux war party, the destruction of the Pawnee shocked the nation as a whole and inspired fear and speculation within the young state of a bloody plains war. As the last great confrontation between American Indian tribes of n the North American continent, the battle was a harbinger of the removal of both tribes from their beloved Nebraska homelands by the end of the decade.

In Shawn J Farritor’s first novel, End of Pawnee Starlight, memorable characters are drawn from the chapters of Nebraska history to create a stirring account of the final years of the Pawnee Nation within the state. The well-meaning but inexperienced trail agent, John Williamson, finds himself engulfed by the deadly responsibility of escorting the Pawnee on their doomed final hunt as he attempts to charm a proud Pawnee girl. The dignified Great Pawnee Chief, Petalasharo, struggles to keep his people on the lands of their ancestors. The formidable warrior Sky Chief leads his people into disaster on their summer buffalo hunt. The hardened arm scout, Frank North, and his more reflective younger brother, Luther North, assist the Pawnee in their terrible warfare with the powerful Sioux.

In the end, neither tribe won the Battle of Massacre Canyon. The Pawnee and Sioux were fighting over access to hunting grounds that the American government had recently, and unilaterally, determined were not theirs to claim.”

“The Pawnee War” was a series of skirmishes and confrontations between white settlers, Nebraska Organized Militia, and a detachment of U.S. Army dragoons in the early summer of 1859. The Nebraska Militia’s march up the Elkhorn River Valley and parlay with the Pawnee on a windswept hill near the present site of Battle Creek, Nebraska, was unique in the history of the American West. It was the only time a territorial governor led armed forces into direct military confrontation with a Native American tribe. Nebraska Territorial Governor Samuel Black took this dubious honor and he remains the only Nebraska governor to command military forces on the field of battle. 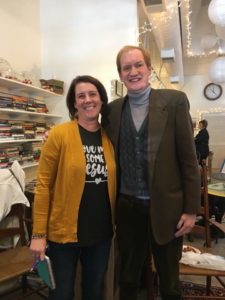 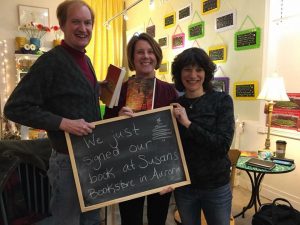 All books are only $2.00 with shipping only $11.99 for your entire book order regardless of how many books/toys/gifts are in your box. We are able to give away over 1,000 books monthly because of donations of books to our store. If you can bring any we would be grateful! Dismiss