“World War II did not end in 1945 – at least not for the Dwyer family of Hastings, Nebraska…” — Nayeli Urquiza and Dardis McNamee, The Vienna Review For decades, Kay Hughes was unaware of her family’s unresolved mystery. After her grandparents, Harold W. and Ellen Dwyer, received a telegram stating that their son— 2nd Lt. Stanley Dwyer—had become MIA over Austria on May 10, 1944, they began a relentless search. Left with only unanswered, nagging questions, they endured a lifelong private grief. Years later, one question would rekindle the search which, in turn, led Kay and her father, Harold E. Dwyer, Stanley’s brother, on an intriguing journey across two continents and four generations.

In their quest to understand Stanley’s fate, Kay and Harold developed friendships, visited with eyewitnesses, stood on hallowed ground, and observed the dedicated work of the Joint POW/MIA Accounting Command. In her poignant narrative, Kay details how clues salvaged in the charred rubble of a fire revealed the essence of Stanley—an almost forgotten World War II hero. Searching for Stanley is a timeless, real-life tale that illustrates one family’s dedication to finding their beloved Stanley who, like thousands of other American patriots, made the ultimate sacrifice for his country. 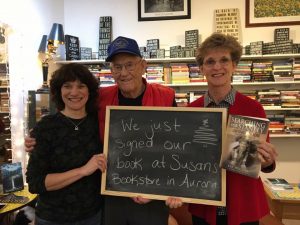 All books are only $2.00 with shipping only $11.99 for shipments regardless of how many books are in your box. Choose "ship later" with small orders to have us save for you. When you are ready to ship all we have held choose shipping...we will then know you're ready all your books held back to be shipped. We are able to have our books $2 and able to give away over 1000 books monthly because of donations of books to our store! Dismiss