Only 2 left in stock

Bonnie Lacy is from Osceola, Nebraska.  She is the author of six novels, a nonfiction book, devotionals, several children’s books, and many short stories.

“Released – The Great Escapee Series Vol. 1” – Clarence is an ex-con. Nobody cares … except a tiny girl named Bea. He was locked up in prison for sixty years. Now he’s free in a nursing home. Still imprisoned by his angry heart. He’s been set up. Bea’s mommy, Katty was abused by a former boyfriend. She follows her family’s tradition for living and parenting. Until the boyfriend comes back for their daughter. Released is a hero’s journey through pain and guilt. Clarence goes where we all need to go—cussing and kicking at every step—to be released from shame. Scroll up and click the Look Inside feature on the top left-hand side of the book cover to sample. NYT Bestselling Author Tosca Lee: “A curmudgeonly ex-con senior citizen, a little girl named Bea, and her addict mother. An unlikely trio crosses paths on the road to redemption from their pasts in small town Nebraska–with a little help from above. With true-to-life grit and characters you love to love (and some you love to hate), RELEASED is a fresh slice of hope in a world of injured souls.”

It’s either a blessing or a curse, depending on the heart of the person who explores it.  Ex-con Clarence, and germaphobic Noell, each search for the pool. Clarence finds a yellowed newspaper article about it, stuck in his old law textbook. Noell stumbles across journals, documenting pool drownings back in 1937, in her vintage camper. Both dive in—or rather, Clarence falls in.   Neither bargain for what they find. 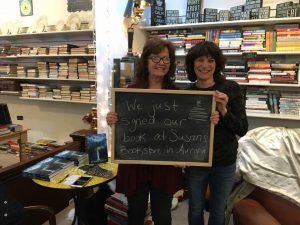 All books are only $2.00 with shipping only $11.99 for your entire book order regardless of how many books are in your box. Choose "ship later" with small orders to have us save for you. When you are ready to ship all we have held choose shipping...we will then know you're ready all your books held back to be shipped. We are able to have our books $2 and able to give away over 1000 books monthly because of donations of books to our store! Dismiss